Gtuner Air: the smartphone/tablet App for the Titan Two

Last question, can i use a Bluetooth adapter like this one to connect my phone and edit the titan instead of buying the official bt module?
https://www.amazon.com/Bluetooth-Receiv ... way&sr=8-3

AhmedEgg wrote:Last question, can i use a Bluetooth adapter like this one to connect my phone and edit the titan instead of buying the official bt module?
https://www.amazon.com/Bluetooth-Receiv ... way&sr=8-3

J2Kbr wrote:The Titan Two is far more capable than previous generation devices, specially on what relates to Bluetooth connection. The Titan Two can be equipped with a dedicated Bluetooth module which, differently from regular USB Bluetooth dongles, ensures faster response times, no latency and up to 4 simultaneous connections.

I saw that there is a lot of support for ble in the recent updates for both the firmware and gtuner IV. Does this mean we'll see BLE support in GTuner IV soon too?? This would be radical because now I could program, use my ds4, connect to my ps4 & use an app all in one spot with only one wire.

Also wireless pairing is a little wonky trying to do my ps4 and my ds4 controller but I got it done. Would you be able to say, select which channel we are pairing? A-D individually rather than one universal button.

It's great to see this progress so far along

I submitted things to iOS before and they generally turn things around within a week but their testing is on everything and weird things, including testing air-play compatibility. Best of luck and hopefully they clear it for release on first attempt!

I hope to see it on the app stores soon!

J2kbr, would it be possible to program it so we can send vibrations / notifications to our phone?

I know a lot of people use force feedback in their controllers to notify them of certain things, e.g. if you toggle on rapid fire, the script will make the controller rumble to tell you.

The problem is for those of us using mouse and keyboard, we don't have the benefit of this. It would be great if we could make the phones in our pockets rumble instead.
Setup: XIM Apex, T2, K780 keyboard, G Pro Wireless mouse, SteelSeries 4HD pad, DXRacer armrest, LucidSound LS30 headset, Netduma router, Ubiquiti UniFi AP LR 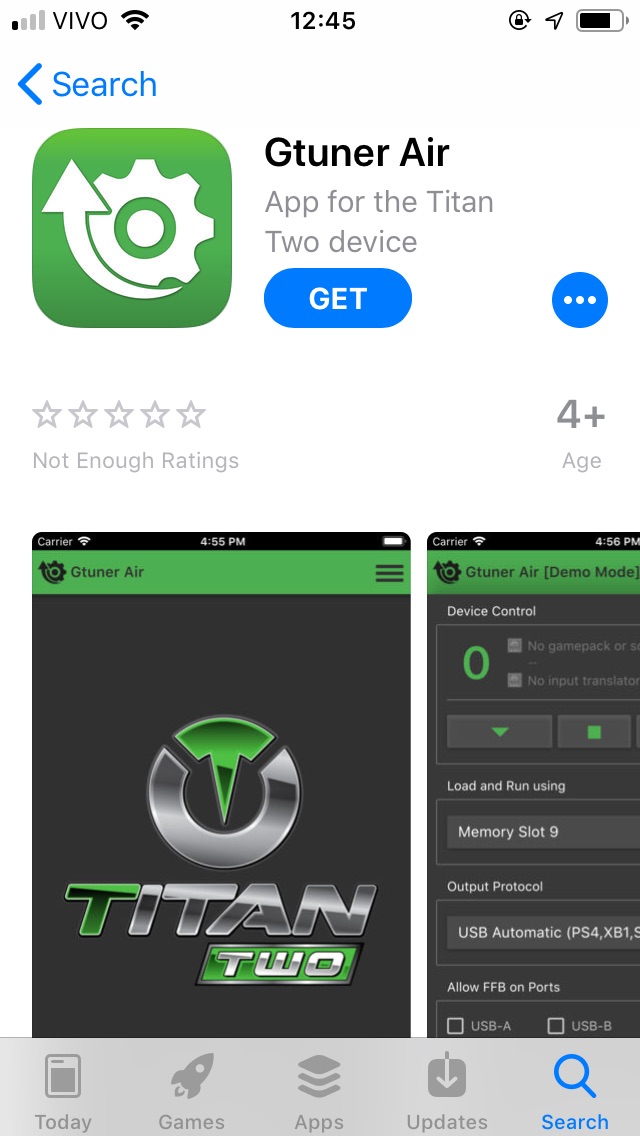 Please test and, if possible, give some feedback.

Please test and, if possible, give some feedback.

Awesome! Any ETA for the Android release? I'm pretty excited!

1) I can't believe how quickly it connects. I'm also glad it auto connects after loading the app up again. So good.

2) The app is so polished and slick. NICE! I also like how you set a default slot to load scripts into, to make the process as quick and easy as possible.

3) I LOVE the rename feature, I sometimes use 2-3 versions of the same script for different games or modes, so now I can tell them apart.

1) When you rename a script, an empty row appears at the top: https://i.imgur.com/pFaFL1n.png

3) I think we should have an option to display the Device Control panel as a full screen instead of just a 90% overlay.

4) I think if an Interactive Configurator is detected, we should have the option to have that load up by default the moment we click on the script. Right now you need to click on the script and then click on "Config". There should be a way to reduce this by one click. In fact I don't even think this should be an option, this should be the default handling of the app. In my opinion, once people have set up their scripts, 99% of their activity will be two things: changing slots and messing about with the interactive configurator. Access to changing slots is super fast, but getting to the Interactive Configurator could use a bit of tweaking.

5) Why isn't it possible to load a script into the first 3 slots (built in memory)? Not that I really need this, but I'm just curious.

6) When you rename a script, it would be good if you could see this in the script slot somehow (in the Device Control section). Maybe put a label there, or show it if you tap the name of your script? There might be a few ways to accomplish this.

7) I think deleting a script that you have loaded into the Library should give you an option to also delete it from the slot you have it loaded into.

8) Are you able to lighten the colour of hyperlinks? The shade of blue you've used is difficult to read against the dark background. It's painful on the eyes: https://i.imgur.com/jmU77sc.png

9) I still think these two should be swapped around as the majority of people are right handed: https://i.imgur.com/cpCbFtb.png

11) The "App Support" link in your App Store listing links to a page that doesn't exist (consoletuner.com.br)

12) I think scripts should be auto-saved to your library when you download them. It makes no sense to have to manually save them once downloaded, it's an unnecessary step and it's very confusing. When I first used the app I was confused about why my downloads kept disappearing every time I went to download a new script!

13) I have an idea for an advanced feature: if you press "Load and Run" it will behave exactly as it does now. But if you hold down the button for a split second longer, you will be able to change which slot you are going to load into.

14) You forgot to add "Titan Two" to your App Store meta tags list. Searching for these critical two words doesn't return your app!

15) Sometimes after it is connecting and loading into the main app, the loading transparency overlay will remain, and everything will be grey. I had this happen twice on my iPhone and once on my iPad: https://i.imgur.com/C5kUCYo.png

I didn't realize there is a "Save" option as it only shows up when draging the download a bit to the right, using IPhone 5.
I only recognized I was missing something because of pablo mentioning a renaming feature I was wondering about, thx pablo

It lists/finds GBC GPK only..well, okay..it doesn't have an own compiler I think..but I thought submitting my files as sourcecode .gpc will also submit them as .gbc too ?
Not having my scripts available now via the app because I share 99% of them as .gpc feels like being punished for being too nice.
Getting started with GPC2 Scripting to create your own scripts

Users browsing this forum: No registered users and 1 guest