A lot of damn hard work went into this script, I hope you enjoy it.
If you don't, I hope you vomit in your mouth a little bit.

This script is for Destiny's Titan class. Warlock and Hunter scripts have been published separately.

In a nutshell, the Titan Fun Pack includes -


This is my first Titan One script and was a great learning tool for coding in GPC, so everything is laid out as cleanly as possible both for educational purposes and to minimise support requests.

The core of the script is bit operations for Weapon Tracking, which allows for some pretty fancy stuff, like separate fire-rates, anti-recoil (both HIP and ADS), ADS speed, reload speed, swap weapon speed etc for Primary and Special. Heavy only has anti-recoil (HIP and ADS) setup because it's not in play often enough to bother with the other settings.

Weapon Tracking is as robust as it can be with LED indicators for Primary (green LED), Special (red LED) and Heavy (yellow LED), but it will occasionally come unstuck (e.g navigating Vendor or Invite Friends menus without opening OPTIONS first). A quick tap of R3 / RS will sort that out AND there's no need to change weapons beforehand.

I'll post some recommended settings for Fire-rate, Anti-recoil, Rapid-reload, No-scope and Quick-scope for different weapon archetypes at a later time, but for now, download it, play with it and let me know of any problems.

Thanks to The_Rabid_Taco for his help with the anti-recoil and toggle functions and to Bonefisher for his general support.

NOTE - If you want to tweak the script values on-the-fly, use GTuner > Compiler > Build and Run, it's much faster and less hassle for quick edits. BUT, you need to copy the Titan Fun Pack across to the Titan One first, then enable all toggles you want to use on a regular basis to get the PVARs to stick.

Ok you found it. Fixing to just tell you.

Uploaded to the library :salute:
Official Australian retailer for Titan One, Titan Two and XIM APEX at Mod Squad

Well done and BIG thank you for your hard work. Working great and its fun as well.

Thank you very much for setting this up was looking forward to it for weeks. You da man

I've thought of a different approach to rapid-fire based on the Suros Regime script at frashbang's request to allow for more granular control over rapid-fire in ADS and HIP fire modes.

Bytecode space is a massive issue and I don't think I can fit it in without removing something else. Let me think on it some more. If it doesn't make the cut for Titan One, it'll be there for Titan Two.

[UPDATE] Ooh...this is gonna be close. It's eating less space than expected. I need to write a function yet, which will add some code, but remove other code. Let's see if this works...

The Titan Two version of this is gonna rock. I'll setup arrays with pre-defined weapon settings for Primary and Special, then it'll be a toggle up and down the index to mix-and-match loadouts...no manual editing required

A bigger project will be figuring out how to pipe these toggle calls to a Raspberry PI LCD screen, speaker and LED light. That might need J2K opening up the API to dig out the data.
Last edited by antithesis on Fri Sep 02, 2016 12:29 am, edited 2 times in total.
Official Australian retailer for Titan One, Titan Two and XIM APEX at Mod Squad

Yes, that would be cool. Lot's of Pi LCD screen options: http://amzn.to/2bNmONP

Imagine having this next to your monitor giving you feedback: 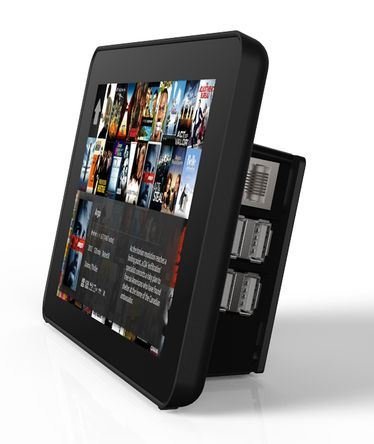 @ Antithesis: PSN is down right now, want to run your script!

Vendetta
Sergeant Major of the Army

Yeah, I've been looking at the PI options on Amazon. Potentially exciting stuff, if we can access the data.

In the function there are separate times assigned to Primary HoldTime, Primary RestTime, Special HoldTime and Special RestTime. That data feeds into the bog-standard RapidFire combo.

Tweaking fire-rates for weapons like Suros Regime is now possible

More testing to do to make sure it does what it says on the can, then I'll upload v1.1 to the library.

I've added some conditional stuff to say if HoldTime > 0, then enable rapid-fire. That way automatic-rifles can be fired full-auto in HIP and semi-automatically in ADS for the Focused Fire perk.

Another 36 bytes to cut for that little tweak...gah.

If I drop the Toggle for RapidReload and Auto-sprint, I can fit it in. Neither mod is obtrusive - pressing Reload and Sprint both work normally - so that might be the best approach.

I've also added a RumbleStrength setting for Ximmers concerned about power drain (I haven't had any problems). Set to 0 to disable.
Official Australian retailer for Titan One, Titan Two and XIM APEX at Mod Squad

oh come on ...
I just spent 2 days to do similar script. If I would've known, I could've spent more time with my wife :-P
at least I've learned some programing.
thank you for sharing
Last edited by httk_manexo on Fri Sep 02, 2016 7:53 am, edited 1 time in total.

Script updated. Link in the OP.

2 days...I've spent the best part of a month on this!
Official Australian retailer for Titan One, Titan Two and XIM APEX at Mod Squad

Users browsing this forum: No registered users and 2 guests