This section is about the basic macro usage only 1) to record your inputs as macros and use them in scripts. The maximum length of a single macro file is 24 days. 2)

While using a macro file directly in a script requires a sd-card you can still use this without one to record your input and convert it to a combo for playback.

To record a macro via GTuner IV you need to have:

In GTuner IV switch to the “Device Monitor”. It will look like this, the areas of interest are marked green: 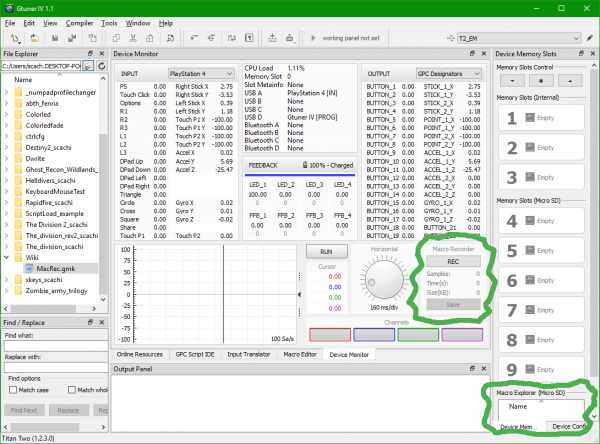 The steps to do are:

You need a sd-card to playback a macro. If you have no sd-card continue here

To get gpc combo code it needs some additional steps. But it is not that complicated or different.
Keep in mind that you can't convert a long macro completely to a combo because of the scripts size limitation.

The steps to do are: